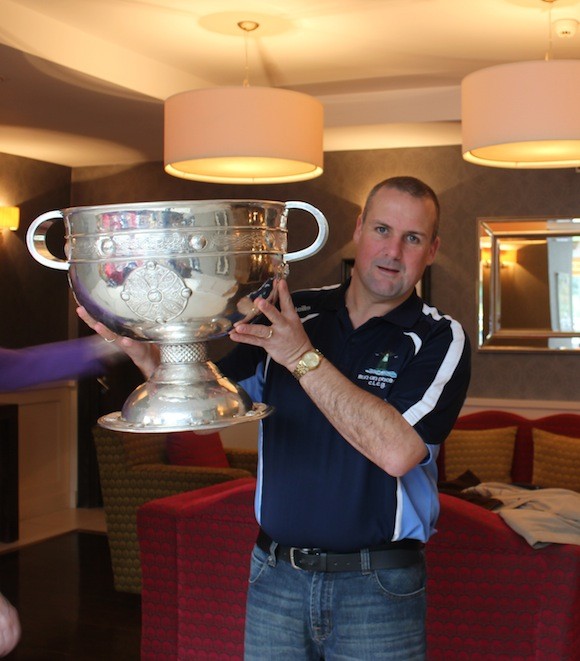 A DONEGAL Man United supporter shed an astonishing 7½ stone – and can now fit into a Red Devils jersey he wore 21 years ago!

Liam Skelly, a coach with Moville Ladies GAA team, certainly showed he’s got Sam willpower when it comes to battling the bulge.

And as hundreds of people across Donegal get involved in TV’s Operation Transformation, Liam has shown what you can do when the weight becomes just too much.

Liam is pictured above as he is now – proudly holding the Sam Maguire.

And below he is pictured when he weighed 24-stone.

He says he did it for his wife Kaye and their children Pádhraic (12) and twins Clodagh and Niamh (11) – after several trips to Slimming World.

“The pounds piled on over the years,” he said.

“I had really bad eating habits, eating entire loaves of bread along with loads of junk food like chocolate and sausage rolls.

“I started to eat more healthily. I hate the gym so started walking instead and do around six kms every day, with a few more at the weekends.

He even finds it easier when he goes on trips to Old Trafford. The airline seatbelts didn’t fit him a year ago; now he’s got plenty of room.

And he’ll be wearing it when United take on rivals Liverpool today. 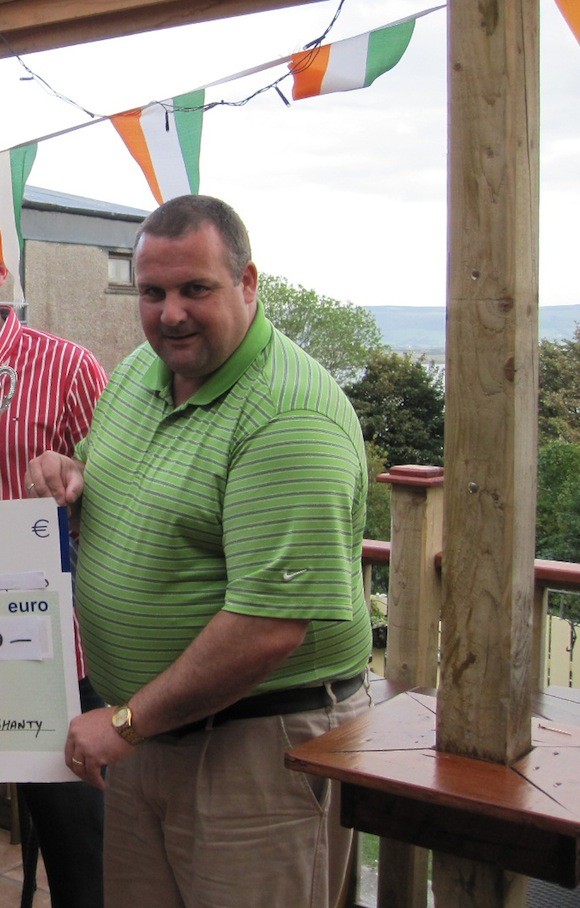 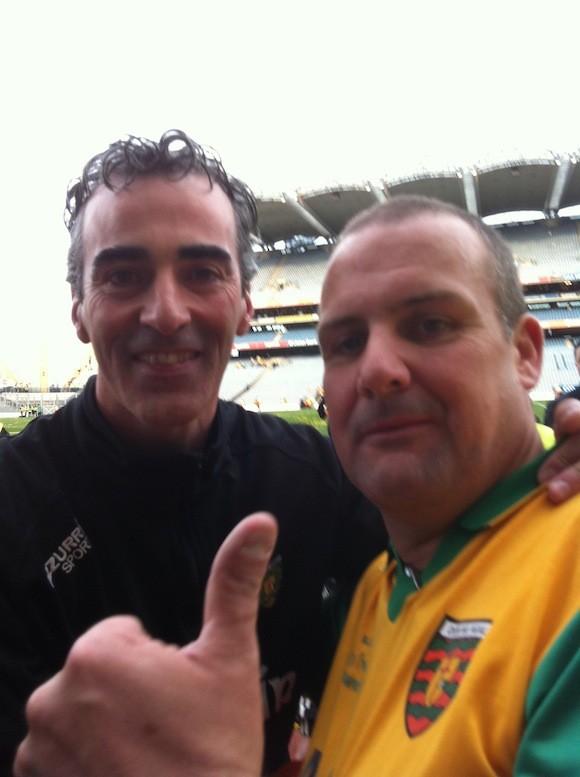 When Jim got to meet Liam – Croke Park just after the final whistle in the All-Ireland final! And wearing his 92 jersey