The final preparations are now being made for the 37th Donegal Sports Star Awards, which takes place on this Friday night in the Mount Errigal Hotel. 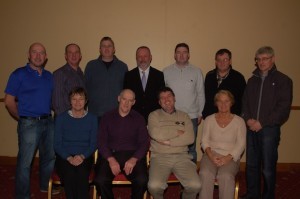 Only a small handful of the nominees are certain of picking up awards while for the rest it is an agonizing wait until the category winners are named on the night.

The final and biggest award of the Donegal County Council sponsored night will be the announcement of the ‘Overall 2012 Donegal Sports Award’ winner.

Jim Doherty is the current holder of that title and he should be in the frame again for but as always there is intense competition for the top honour after a huge amount of sporting success last year.

The county’s sporting public will be waiting with huge interest to see who the overall winner will be late on Friday night.

Donegal County Council are the sponsors of the event again this year and the local authority will be represented at the function by the Mayor of Donegal Frank McBrearty and the County Manager Seamus Neely.

Tickets for the Donegal Sports Star Awards on this Friday night, January 25th can still be booked by contacting the Mount Errigal Hotel on 9122700. Tickets are priced at 25 euro for adults and 15 euro for primary school pupils.

For further information on the Donegal County Council sponsored event visit donegalsportsstarawards.ie. or follow us on Facebook at Donegalsports Starawards.