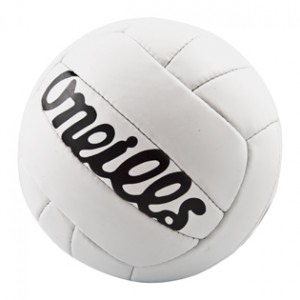 The club will hold its AGM this Sunday 3rd March 2013 in the clubhouse with a 3pm start.

This is a very important meeting for the club and all members are kindly asked to attend and throw their hat in the ring for the various positions.

Nomination sheets can be obtained from out going Secretary Stephen Mc Loughlin and who has requested any new people wishing to join the club to come along on the day.

The TCG Ladies are also playing on Saturday in Greenford in the Holloway Gaels Ladies football tournament also in Greenford.

Saturday 20th April. The club is going back to Crossmaglen, Co Armagh to take part in their first International 7s tournament. Those interested please let Stocker know ASAP including players.

The club will be hosting a race night at the Three Wishes pub in North Harrow on Saturday 9th March at 8-30pm.

Race cards can be obtained from Stocker with horses costing £5 and £30 to sponsor a race.

The social club are going on their annual pilgrimage to the Cheltenham festival on Tuesday 12th March for the Champion hurdle day.

Itinerary for the day are as follows;

Arrive back in Greenford 12/12:30am. Anyone wishing to go should contact Adrian Byrneno later than this Wednesday 27th to book your place with limited tickets available.

Anyone wishing to sponsor Noel for his selected charity can do so by contacting him on 07968629528.

The 2nd Annual All Britain Competition (ABC) will be held from the 26th – 28th July 2013 in Tir Chonaill Gaels Grounds in Greenford, London UB6 ONZ.

The ABC is a weekend tournament of Gaelic Football, Hurling, Camogie and Ladies Gaelic Football for children and youths from U-8 up to U-18 from all across Britain.

The ABC games will serve to ensure that Gaelic games and other Irish cultural events are promoted in a fun-filled, enjoyable and action packed manner, which has regard for the underlying motivational ethos of GAA Games Development.

All Finals will be played on the Sunday.

There will be no Clubs allowed to amalgamate this year and players will only be allowed to line out for their clubs at one age group.

This week’s draw takes place in the clubhouse on Thursday 28th at 9pm with a jackpot at a whopping £3,200. Play online at www.tirchonaillgaels.com