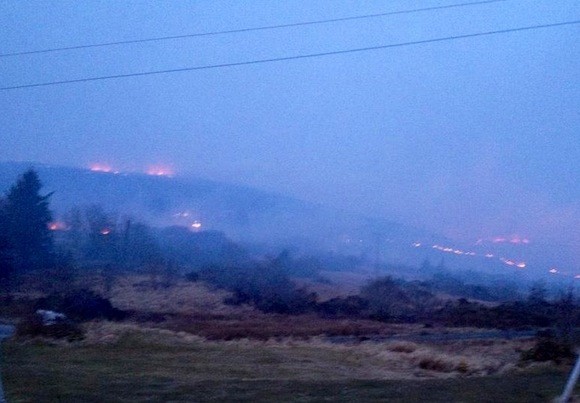 The fire rages in Annagry this morning. Pic courtesy of Paddy Barry.

Several fire crews are this morning fighting what’s has been described as “a massive” gorse fire in the Culacrick area of Annagry.

The fire has been burning for several hours and is nearing several houses.

There have been further fires overnight including a fire in Killygordan. 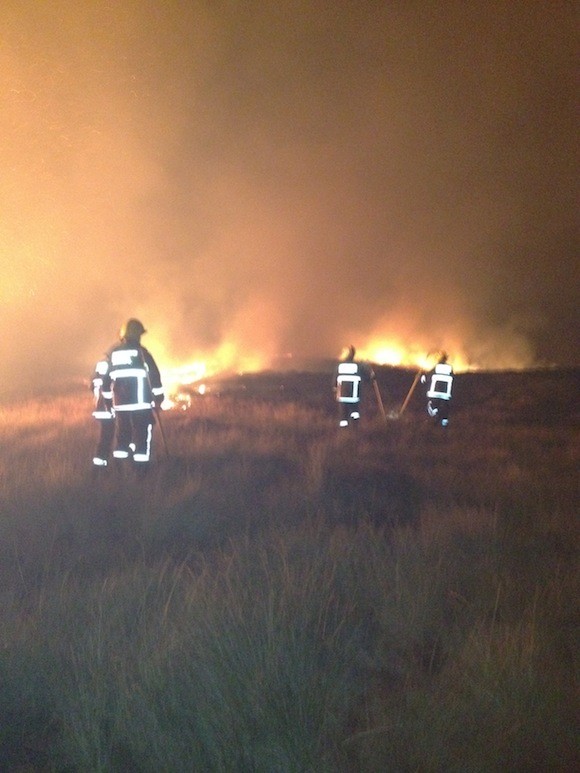