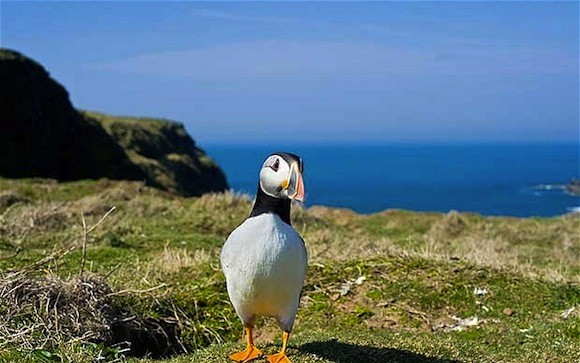 Donegal is home to many bird colonies

Two Irish wildlife charities have pleaded with parents to keep their children under control around bird colonies including Donegal this summer.

The Irish Wildlife Trust and BirdWatch Ireland, are urging people to visit Ireland’s magnificent coastal and island bird colonies this summer but to ensure that birds, their nests and eggs are not disturbed.

The two organisations have issued a joint code of conduct highlighting the fact that all breeding birds in Ireland are protected under the Wildlife Act 1976.

They have asked that people keep their distance, even though many coastal birds seem quite tame.

Ireland’s coastal habitats and islands are among the most important areas in Europe for breeding seabirds such as Puffins, Cormorants, Razorbills and a variety of gulls.

Breeding grounds such as on Tory and Arranmore, the Saltee Islands in Wexford, Ireland’s Eye in Dublin and the Skelligs in Kerry are among our most amazing wildlife spectacles and thousands of people visit them every year.

“Last year we received a number of complaints about a minority of people behaving inappropriately, such as photographers walking among Gannet nests and children chasing birds.

“These are amazing places to appreciate our wildlife but people need to remember that they are protected sites and that disturbing birds is against the law.”

Niall Hatch, Development Officer with BirdWatch Ireland said Ireland’s seabird colonies are amongst the finest in Europe and offer a wonderful opportunity for nature-lovers to see these special birds at close quarters and to get a glimpse into their otherwise hidden lives.

“ We would urge visitors who go to watch this spectacle always to put the welfare of the birds first and to ensure that they don’t cause any disturbance or distress to them during the nesting season.”