ONE DEAD AND FIVE INJURED IN BUS CRASH IN BARNESMORE GAP

UPDATED: A man in his 50s has been declared dead at the scene of a major crash in Barnesmore Gap this morning. 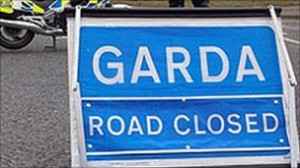 The man was driving a car which crashed into an Expresssway bus just after 8.30am.

It had initially been thought that up to fifteen people had been injured but sources say just five people are injured and none of these are serious.

All have been taken to Letterkenny General Hospital.

The dead man, who is a non-national but has Irish citizenship and lives in Stranorlar, still remains at the scene of the tragedy which happened on the long sweeping bend close top the lake at the Gap.

It is understood the man, who was driving a silver Rover car, was returning from working a nightshift when the crash occurred.

The Gap has been closed as a result of the crash and people are being asked to follow diversions which have been put into place by Gardai.

Garda Inspector Michael Harrison has appealed for people to follow the directions of Gardai.

He has also appealed to anyone who witnessed the crash to come forward.

“This man’s relatives will want answers and that is understandable. We spoke to a number of people but we know other people drove through the crash and we need to speak to them also.

“We would appeal to them to come forward so we can continue with our investigation,” he said.

A number of emergency vehicle including ambulances are at the scene of the crash.

They are working to ferry the injured to Letterkenny General Hospital for treatment, with many needing treatment for shock.

ONE DEAD AND FIVE INJURED IN BUS CRASH IN BARNESMORE GAP was last modified: May 7th, 2013 by Stephen Maguire
Tags:
Barnesmore crashdeadinjured