CARNDONAGH COME OUT ON TOP IN SCOUTING SKILLS COMPETITION 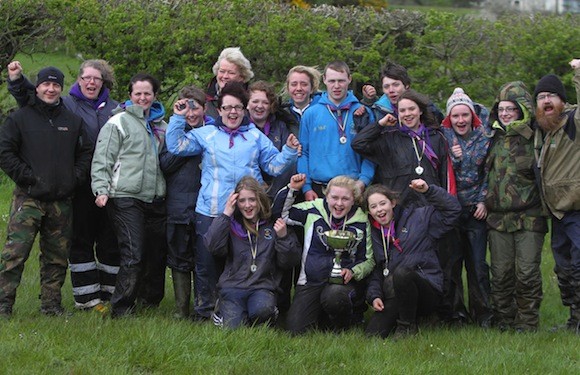 8th Donegal (Carndonagh) Scouts pictured here with their leaders and mentors when they won the Errigal Scout County Cup and will now represent the County in the national event “The Phoenix” in August.

After a very wet, exhausting few days which included a number of challenges and tasks which the scouts had to complete the eventually winners were announced to a large cheer from all present at the closing ceremony. 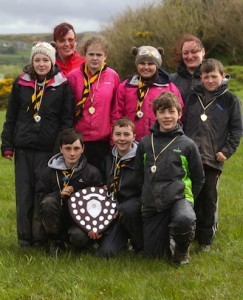 19th Donegal (Lifford) Scouts who won the Errigal Scout County Shield competition with was held in Culdaff during the weekend. Also in photo are section leaders Lisa McGuire and Dearbhla Gilmartin.

In a very competitive Cup event the winners 8th Donegal (Carndonagh) were announced. This was Carndonagh’s first victory in this competition and they now go forward to represent the County in the national competition “The Phoenix” which is being held this year in Castle Saunderson, Belturbet, Co. Cavan on August.

In the Errigal Shield the very young 19th Donegal (Lifford) scouts came out the winners by the slightest margins from near rivals 1st/2nd (St Mary’s, Creggan), Derry.

A big thanks event co-ordinator Francine Moran and her team for all the hard work and also to John Doherty for providing the venue at very short notice.

CARNDONAGH COME OUT ON TOP IN SCOUTING SKILLS COMPETITION was last modified: May 12th, 2013 by Stephen Maguire
Tags:
CarndonaghErrigal CountyLiffordScoutsskills