An 89 year old woman told a court she didn’t want her daughter’s name mentioned during a court battle over a farm left in a contested will. 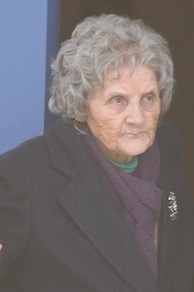 Pensioner Nora Gildea became involved in heated exchanges with barrister Peter Nolan during the case which is being heard at Donegal Circuit Civil Court in Letterkenny.

At one stage Mrs Gildea was asked about her daughter whom he has not spoken to for a number of years.

The case has divided the Gildea and Kelly families who have sat on opposite sides of the courtroom during the hearing.

Mrs Gildea is contesting land left to her daughter Nora Kelly by her brother William John Kennedy when he died in 2007.

In total there are four people claiming the 12 hectare farm located at Correnagh, just 5kms outside Letterkenny.

Mrs Kelly is seeking to establish ownership of the farm while Mrs Gildea is claiming some of the lands.

Mrs Gildea’s sons are also claiming some of the land – Christopher is claiming the entire farm while Daniel is claiming ownership to a shed and some land around it. 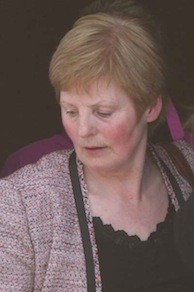 Mrs Gildea had to be helped into the witness box yesterday (WED) to give her evidence.

The mother of nine claimed she worked on the farm for her brother while also rearing her children and that is why she is claiming the land.

“That land never belonged to Willie John Kennedy, it was owned by John Kennedy. That was a forced will,” she said.

Barrister Peter Nolan put to Mrs Gildea she never worked the land but was only making claim to it after Willie John Kennedy died in 2007 and it was left to her daughter.

“Are you seriously telling me that you had nine children under ten years of age and you worked the land as well. I put it to you that it was impossible to do that.

“I suggest after Willie John died you got advise from some fireside lawyer that you had a right to this land and this is why you are here today,” said Mr Nolan.

Christopher Gildea, 65, a brother of Mrs Kelly and son of Mrs Gildea, claimed he was only seeking grazing for his sheep despite looking to claim ownership of the entire parcel of land.

He said he has been grazing his sheep on the land since 1971 and admitted he also owned and rented another 110 acres of land.

Barrister Peter Nolan said “So what – you were grazing it? Does that entitle you to own the land?

“You used the land for your now benefits and got free grazing and were very happy with that.

“When Nora Kelly came along and said she wanted the land after getting an injunction you wrongly claimed it,” he said.

James McMonagle, a son-in-law of Mrs Gildea, admitted he went onto lands where his mother-in-law had horses to feed the animals.

He then claimed he was approached by members of the Kelly family who hit him with a torch.

But barrister Peter Nolan replied “It was you who attacked Ms Fiona Kelly and scratched her in the face. It was you who threw her to the ground.

“I put it to you that you are telling a pack of lies. You were on land that you should not have been on because there was an injunction against you going onto the land.”

The case has been adjourned until today for summing up before Judge Mary Faherty when a decision is then expected.