written by Stephen Maguire May 30, 2013
FacebookTweetLinkedInPrint

The number of councillors on Donegal County Council is to increase by eight from 29 to 37. 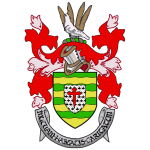 The eight new councillors are to make up the shortfall left behind by the planned abolition of the county’s town councils in Ballyshannon, Bundoran, Letterkenny and Buncrana.

The extra seats are also to reflect the population of the county which now stands at more than 161,000.

The information has been released by the Local Electoral Area Boundary Committee.