Polish Gardai have been dispatched from Dublin to help find the killer of a construction worker who was brutally murdered in Co Donegal. 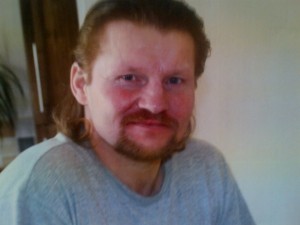 Bogdan Michalkiewicz was stabbed multiple times at his apartment at Lower Main Street in Letterkenny on May 15th last.

Now Gardai have brought in two Polish Gardai in a bid to help with their investigation with the local community to possibly find Bogdan’s killer.

The 41 year old was found by his brother Tomasz at Westside Apartments at 11am after he had last been seen two days previously.

Garda Inspector Michael Harrison has described the murder as “horrific.”

Although Gardai are not commenting on the nature of Bogdan’s death, it is understood he was stabbed more than 20 times and also had a television thrown on top of him.

Gardai hope the two Polish Gardai can gain the trust of the local community and also break down the language barriers.

A number of people have given interviews to investigating officers but nobody has been arrested in connection with the murder.

Gardai are also reviewing CCTV footage from the area which they hope might identify the killer.

Bogdan, who arrived in Donegal eight years ago looking for work, was cremated in Belfast on Wednesday after a funeral mass at St.Eunan’s Cathedral in Letterkenny.

Four assaults in one night in Letterkenny