Staff at Letterkenny General Hospital have spent the last number of days upgrading hygiene procedures amidst speculation it is to be visited by HIQA inspectors again. 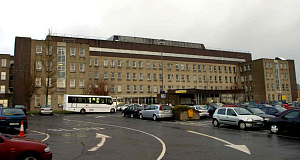 Personnel from HIQA (Health Information and Quality Authority) delivered a damning report on the hospital in April.

It followed a surprise visit by the body to the hospital on February 27th which found a litany of hygiene issues.

Among the most notable problems highlighted was dirty baby baths which posed a significant risk of infection to toddlers.

Health watchdogs also attacked management for allowing unlocked rooms where chemicals, painkillers and other strong medications and syringes were stored.

The Health Information and Quality Authority (Hiqa) said while there was some evidence of good practice on the wards, overall they were “unclean”.

It said: “This would suggest that the physical environment was not effectively managed and maintained to protect patients and reduce the spread of healthcare associated infections. This poses a significant risk to patients.”

A source at the hospital told Donegal Daily that a return visit by HIQA is expected any day – possibly even tomorrow.

“Hospital management were fuming by the last report and they certainly don’t want a repeat of that.

“Staff have been working around the clock in recent days to ensure that all hygiene procedures are followed and that a return visit does not show the hospital in such a poor light again.”