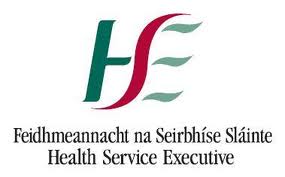 Carndonagh Community Hospital and St Joseph’s community hospital in Stranorlar were both found to have significant shortcoming despite repeated inspections in recent years, the Irish Times reports.

In a report on the Carndonagh facility, inspectors concluded that staff could not adequately assess and provide appropriate care to a constantly changing group of residents.

There were no dedicated cleaning staff. Staff could vary between care, cleaning and catering duties.

With care needs taking priority, inspectors found that hygiene standards were poor and significant risks arose where equipment such as commodes were heavily soiled.

The report accuses the home of a “persistent failure” to ensure the right numbers and skill-mix to care for residents, as required by previous inspections.

Inspectors also expressed dissatisfaction with the monitoring of unintentional weight loss of residents, the assessment and management of cases of diabetes and epilepsy and arrangements for the admission and discharge of residents. Other areas of concern were medication management and the standards of cleanliness and hygiene.

“Inspectors found that residents who were losing weight were not monitored systematically and some had not been weighed for some time although weight loss had been recorded. The safe management of residents who had epilepsy was also a concern as medication identified as necessary to manage an emergency situation was not prescribed in one instance and was out of date in another.”

This was the seventh inspection of the hospital, which accommodates 40 residents, including 11 with dementia. Previous inspections had revealed significant failures in relation to staffing shortfalls, an inadequate skill mix among staff and a failure to comply with training requirements.

The report acknowledges that the hospital took some remedial action on foot of recommendations made at earlier inspections but said there was comprehensive response that ensured all regulatory failures outline were addressed. Inspectors warned of an “escalation” of regulatory activity as a result of the persistent failure to improve staffing levels.

St Joseph’s Community Hospital in Co Donegal, was also criticised in a separate report from Hiqa.

It reviews the actions taken to address regulatory failures identified in previous inspections; last August, inspectors identified 31 areas of non-compliance. These included poor management of a resident’s behaviour that did provide adequate protection for all residents, deficient risk management procedures, poor signage and standards of decoration and inadequate training for staff in elder abuse and moving and handling.