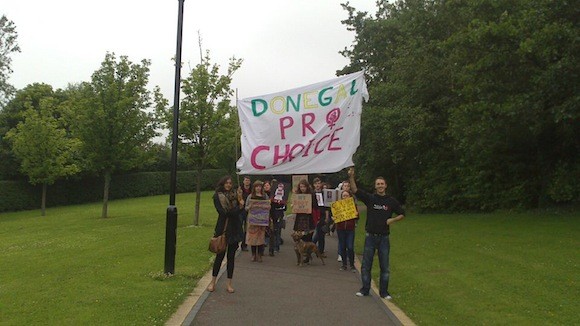 PRO-choice campaigners claim they were the victims of what they called ‘despicable’ comments when they held a counter-demonstration to a pro-life rally in Letterkenny on Saturday.

“Statements such as ‘you are pro-killer of babies’ and ‘you are pro-suicide’ were shouted at our group,” said a spokeswoman.

“Not only that, but someone from their group disparaged the gay pride parade in Dublin. This behaviour is not acceptable. Donegal pro-choicers are part of the LGBT community, we are pro-family and we want mothers to live.

“We must stand up against this discrimination and hatred,” she said.