COUNTY CHAMPIONSHIP: GAOTH DOBHAIR AND KILLYBEGS THROUGH TO THE LAST EIGHT 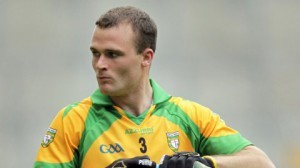 Gaoth Dobhair victorious, but county star Neil was sent off

GAOTH Dobhair and Killybegs are through to the quarter-finals of the RnaG County Championship after victories this evening.

There were scenes of celebrations at Magheragallon as a last minute goal from Tom Diver snatched a one point victory for Gaoth Dobhair who finished the game without county star Neil McGee who was sent off.

Killybegs had an easier time of it as the never looked under threat as they beat Dungloe 0-15 to 0-09.

There were some great scores from John Ban Gallagher, Benny Boyle, Jason Noctor and Hugh McFadden.

Aodh Ruadh drew 2-10 each with Buncrana.