‘DOWNTON ABBEY’ STAR CREDITS HIS DONEGAL FAMILY FOR HIS SUCCESS

Downton Abbey star Brendan Coyle has put his success down to his Donegal roots. 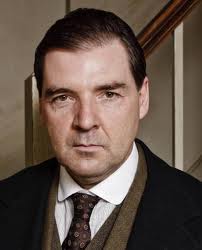 Coyle, 49, has become a huge star after playing John Bates in the hit drama.

He had planned to follow in his father’s footsteps and become a butcher.

But he says a trip to Donegal changed his life forever.

Coyle, whose grandfather came from Donegal said, “I went to visit my father’s family in Ireland, one of which was a theatre director, so it changed my life in a very positive way.

“Before then I just had a notion, a feeling about being an actor. I had a sense of something different and creative.”

Brendan then came to study drama in Dublin before becoming famous for his many roles on stage and screen.

He is now filming series four of Downton Abbey and is also appearing in a film called Noble about Dublin-born humanitarian Christina Noble.