FORECASTERS: SECOND HEATWAVE ON THE WAY FOR DONEGAL 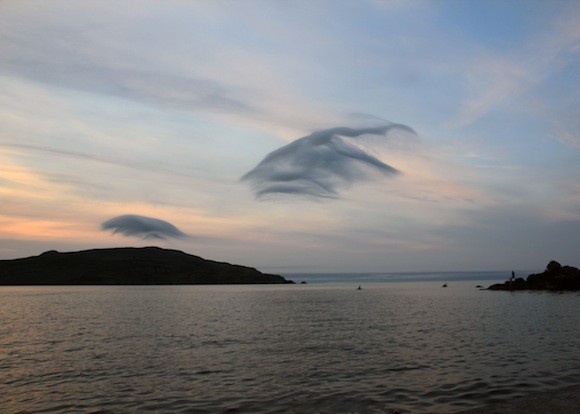 ENJOY the ‘cooler’ weather while it lasts…it’s going to get very hot again in Donegal later this week.

Whilst the best of the sunny weather will be over Leinster and Munster over the next few days, Met Eireann believes a change in the high pressure system over Ireland on Wednesday and Thursday will send temperatures rocketing again in the North West.

Until then, it’s still going to be very very nice – and a lot better than the weather we had last July. Sunday is going to warm.

We will have some sunshine between the cloud on Sunday, Monday and Tuesday and temperatures ranging from 17C to 21C.

There is also a chance of some rain here and there.

“Thereafter it looks like it will become even warmer once again with temperatures widely rising to the mid 20s with long spells of sunshine signalled,” said Met Eireann’s Evelyn Cusack.

“Later in the week, highest values will occur in the west as winds become easterly. Holding predominantly dry with just light breezes.

“Temperatures in the west and north west will rise significantly later in the week and will continue through next weekend,” she added.