REVEALED: TOWN COUNCILLORS TO GET GOLDEN HANDSAKES IN REDUNDANCY PACKAGES 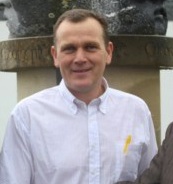 COUNCILLORS on town councils in Donegal are to get massive golden handshakes when they are disbanded – sparking one councillor to call for the money to be given to community groups.

Bundoran, Letterkenny, Ballyshannon and Buncrana town councillors are set to pocket hundreds of thousands of euro between them.

But Sinn Féin Town Councillor in Bundoran, Diarmaid Doherty today put forward a motion at today’s Town Council meeting asking that all Town councillors in the county forego their redundancy when the town council is abolished and use the money saved for the advancement of local community groups.

Speaking after the meeting, Councillor Doherty said: “It is unfortunate that Bundoran Town council chose to hold today’s meeting behind closed doors, as I feel that members of the public have the right to know what is being discussed at all town council meetings and this one in particular.

“With the benefit of viable community projects availing of 80% funding from the state, community groups in Bundoran could benefit from funding of up to nearly €1 million.

“As I got in to politics to help my community and not for financial gain I would be more than happy to forego my redundancy and have put forward this motion in hope that the other Councillors would be willing to do the same.

“I feel that allowing our local groups to avail of this opportunity to better our community would be a fitting legacy for Bundoran Town Council to leave behind.”