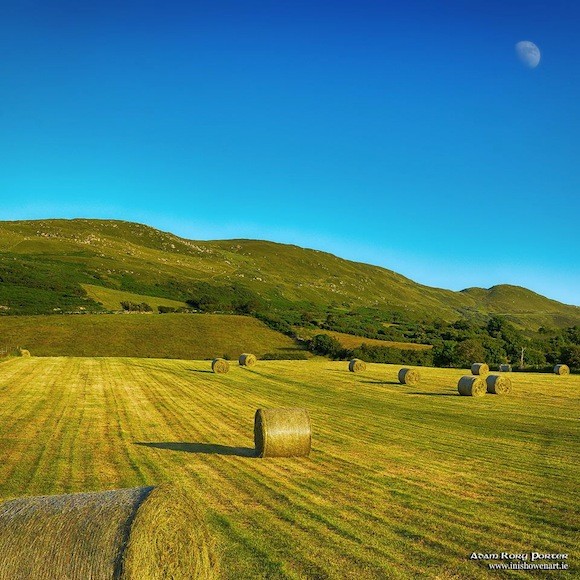 Saving the hay in Luddan: Pic by the brilliant Adam Rory Porter

DONEGAL’S incredible heat wave could spark powerful thunderstorms over the next few days, forecasters have warned.

As temperatures rise again today across the North West, Met Eireann says the astonishing heat could lead to thunder, lightening and downpours.

“They could pop up anywhere,” said Evelyn Cusack from Met Eireann.

“They may not happen at all, but they are likely, especially so later in the weekend and into next week.”

Forecasters still don’t know how long the heat wave will last; however most now believe temperatures should fall back to the low 20s again on Thursday or Friday of next week.

“Bands of thundery showers are likely to spread Northwards over the country on Monday, and more especially on Tuesday,” she said.

“There will be spells of hazy sunshine and it will be very warm and humid with temperatures in the mid twenties or higher with very light winds.

“The latest forecast run is predicting it to stay unsettled and to get gradually cooler during the rest of the week with temperatures back closer to normal by next weekend, though this is not certain at this stage.”

So enjoy it while it lasts folks.