Junior Minister Kathleen Lynch suffered a suspected reoccurrence of septicaemia while visiting Letterkenny General Hospital, it has been confirmed. 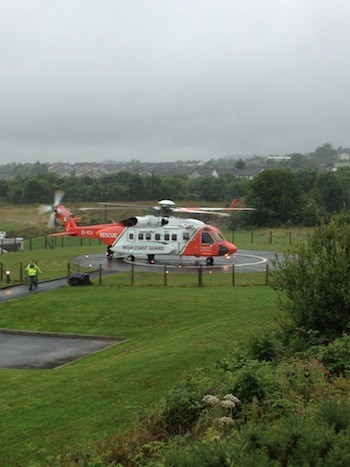 Minister Lynch is taken by helicopter from Letterkenny bound for Cork this evening.

Minister Lynch suffered previously from the blood infection and was admitted to hospital in Cork for the condition in 2012.

This evening just after 6pm she was taken by air ambulance from Donegal to Cork University Hospital.

A spokesman for the Minister said her condition was stabilised in Letterkenny General Hospital.

He added that she is now comfortable.