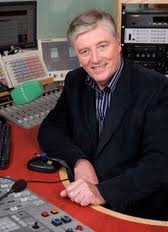 TV and radio journalist Pat Kenny says he’s heading to Donegal and Mayo with his family – before taking up his new job at Newstalk Radio.

The former RTE man, who quit the station this week for a new job in the independent sector, starts his new job on September 2.

He admitted he has just had a break in Portugal; and now wants a break in Ireland before starting the new daytime radio programme.

“I’ll probably take a few days off before we get into the swing of things,” he said

“There’s nothing like the west of Ireland, Donegal or Mayo at this time of year. Hopefully, the weather will hold out.”

He said he was planning to sit down with his family and plan the staycation over the next few days.