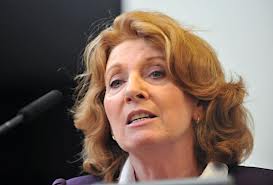 A GOVERNMENT minister who took ill whilst touring the flood devastation at Letterkenny Hospital has been released from hospital in Cork.

She was sent home yesterday after spending almost a week in Cork University Hospital where she was being treated for septicaemia.

Minister Lynch had been transferred by air ambulance from Letterkenny General Hospital where she collapsed last Wednesday.

Minister Lynch is now convalescing at home where she is expected to remain for several weeks, said a Labour Party spokeswoman.