Residents of the Altan housing estate in Burtonport have hit out at Donegal County Council regarding a serious health and safety issue with the estate’s sewerage system. 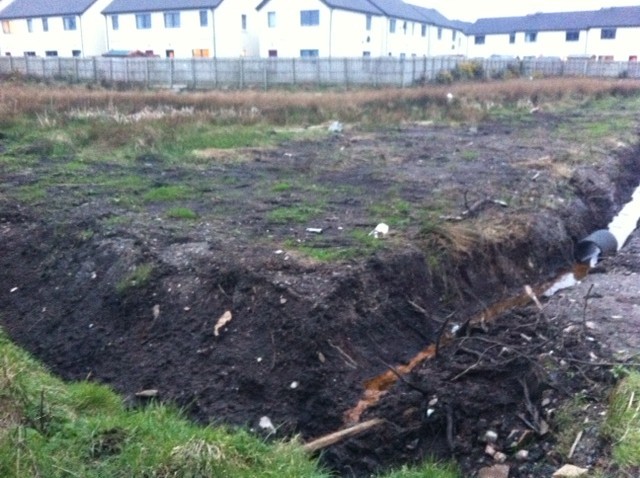 It is understood that a part in the main treatment plant has been broken for more than THREE YEARS and despite constant concern being raised by the residents their appeals for help have so far have fallen on deaf ears.

The sewerage from the estate is now overflowing and is being pumped in to a nearby field beside the housing estate.

Their are genuine concerns for the safety of the young children in the estate after it emerged many had used the field as a playing area and as a result many of the children suffered from nausea for a period of time after they had played in the field.

Last year a local farmer who was unaware of the situation lost 17 lambs due to the untreated sewerage from the estate being pumped in to that field.

The treatment plant is specifically designed to be emptied twice a year at an estimated cost of €1,000 a time.

Last year members of the residents association claimed it was emptied 17 times.

A spokesman for the residents of of Altan Estate told Donegal Daily: “It is an absolute outrage and disgrace the way we have been treated by the council.

“We’re absolutely fuming this isn’t some minor concern regarding potholes in a road were talking about raw untreated sewerage being pumped in to a field beside were children play.

“This has been going on for more than three years now and absolutely no progress has been made, there is a genuine fear that it will take a tragedy to happen before the problem is resolved.

“We had children last year in the estate suffer from nausea because they were playing in the field unaware it was dangerous to do so.

“A local farmer lost 17 lambs last year because of this and still nothing has been done, the attitude of the council has really angered residents it really is like they don’t care at all and just see us and concerns as nothing but a nuisance to them.

‘We’ve had the EPA down at the estate as well as a health inspector from the hospital and every other body you could think of notified and as of yet nothing has been done.

“The frustrating part for us is that it isn’t even expensive for the council to get this fixed.

“The smell is absolutely horrendous and how they can expect us to live like this is an utter disgrace it really can’t go on much longer.”