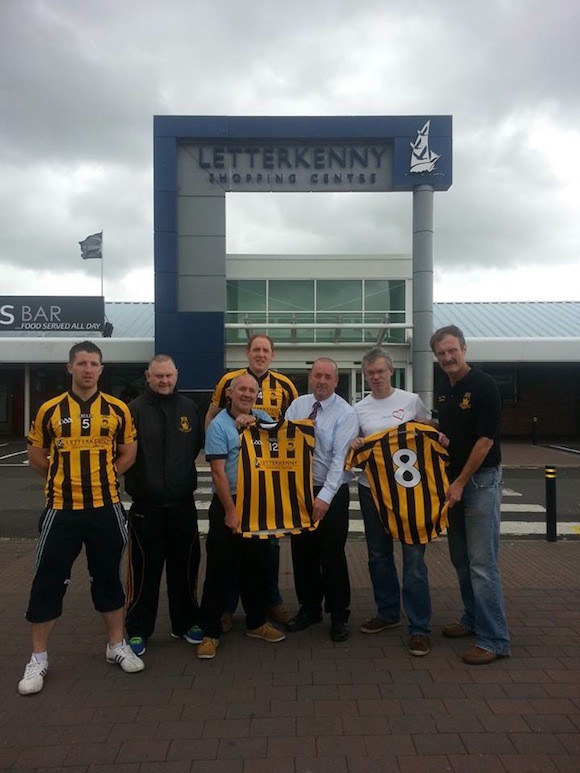 The Minor boys footballers turned in a great display last week v Buncrana to win the Northern Board championship. They take on Four Masters this Wed. in Lifford at 7pm in the county semi-final.

The Senior Reserves narrowly lost their championship q-final replay to N. Conaill on Saturday. They currently sit on top of the league table so will be going all out to win that now.

The Juniors lost to neighbours, the Gaels in their championship q-final match and will be disappointed after leading by 4 points early in the second half and missing a last minute penalty to get a draw.

The Seniors continued their good form with a big win over St. Michael’s in the league on Sunday. They take on Four Masters away this weekend with day and time tbc.

The U21’s travel to Gaoth Dobhair on Tuesday week, August 27th for their championship match.

The Minor girls recorded a good win over N. Padraig, Muff in their opening championship match and they take on Moville next Tuesday at home in their next game.

U13 football gets underway on Sunday, September 1st with the games set for 11:30am.

The U12 girls travel to Castlefin this Saturday for Go Games with the bus leaving Tobin’s at 10:15am.

The U14 girls had a good win over MacCumhaills on Monday evening in Ballybofey. They play Termon this Thursday at O’Donnell Park in the final A Championship pool match. All players should be at the park for 6.15pm. The girls are hoping parents and friends will come out in numbers to cheer them on in this vital game.

The U16 Hurlers defeated Carndonagh in a tough encounter last Thursday to reach the League A Semi-Final which will be played away this Thursday away to Aodh Ruadh at 7pm.

The U12 Hurlers had no game last Thursday as Carndonagh didn’t field. This Thursday they play away to Letterkenny Gaels.

Hard luck to Francis Lennon, Jack Brennan, Stephen Doherty and Conor O’Grady who were on the Donegal team that lost to Meath in the All-Ireland semi final on Saturday.

This Saturday we will host the Gary Doyle Cup for U11 footballers with teams coming from Lavey (Derry), St. Mary’s (Sligo), N. Conaill, Buncrana, N. Colmcille and Termon. The action gets underway at 10:30am with the Final set for shortly after 2:30pm. All help welcome.

St Eunan’s has confirmed support for Joe Brolly’s ‘Opt For Life’ campaign with the logo added to the senior jerseys.