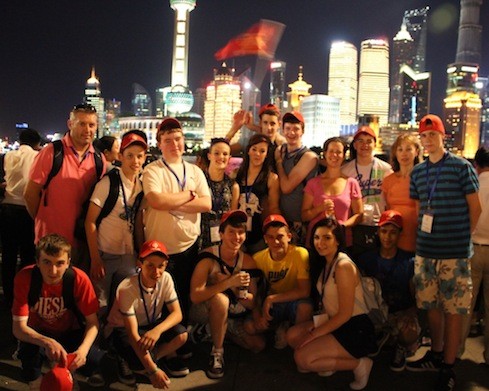 The students visited the Bund and the Pudong Skyline.

A group of TY students from Errigal College in Letterkenny are on a first for Donegal.

The students have embarked on a trip of a life time to China, spending 11 days engaging in cultural activities and attending local Chinese school.

This is the first cultural exchange in the county for a post primary school, and Errigal college are delighted to be leading the way with such an initiative.

The school asked Donegal Daily to carry this daily diary of what they have been up to.

In expectation and excited the students depart from Letterkenny at 2.30am for check in at Terminal 2 at Dublin Airport. The emphasis of the trip is experiencing and exchanging Cultural ideas. Midway through our transfer between Dublin and Shanghai we stopped in Abu Dhabi. 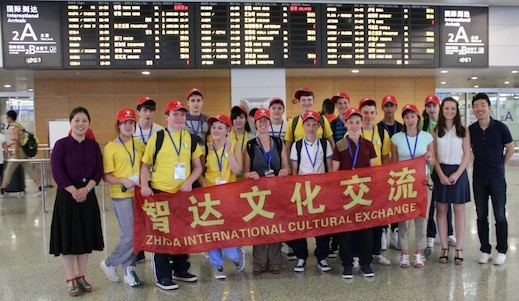 Being greeted at the airport.

We were greeted at Shanghai Airport by our hosts from Zhida who assisted us with our transfer to our Hotel in downtown Shanghai. The students checked in and rested for a short time before experiencing the Shanghai underground and East Nanjing Road students were fascinated by the volume of people, the street entertainment and the high end shopping.

These people have entertaining down to a ‘tea’!

We were warmly greeted to a civic reception at the Gonghexin Community Cultural Activity Centre. The opening ceremony consisted of a demonstration of Chinese traditional musical instruments, followed by an award winning Chinese Tea Ceremony performance.

The students enjoyed a traditional Chinese lunch and relaxation time which consisted of Chinese Ping-Pong. This was the opening event where the students were paired with their Chinese partners.

The students were introduced to both Cultures and followed this up with prepared role plays they had worked on in their respective language classes.

The students followed a traditional dinner of Chinese Dumplings with a visit to traditional Chinese market. 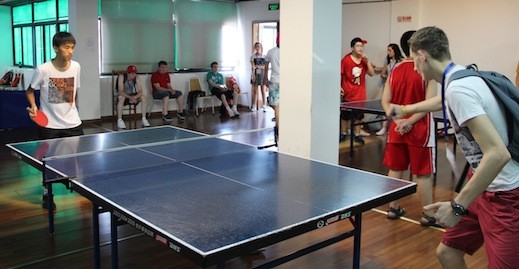 The students relaxed by playing some ping pong.

In the morning the students took part in a Chinese Tea making session where they perfected the skills of Chinese tea making. This was followed by a visit to the Shanghai Tea Museum Club, where the CEO of the Centre greeted the students and showed them the ancient art of tea making and sampling of the different varieties of tea.

The students returned to the Gonghexin Centre for an afternoon of traditional Chinese Painting by Ms Lü, who presented the Errigal College with a beautiful water coloured painting of a Peony flower, the traditional emblem of China.

The students visited the People’s Park in the centre of Shanghai in the evening time. 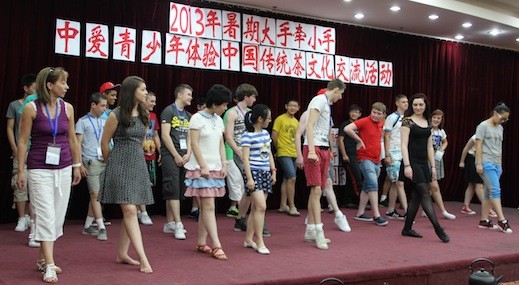 The students also showed their Chinese hosts how to Irish dance.