Donegal TD Pearse Doherty has called on the Education Minister to wake up to the needs of people and introduce a schoolbook rental scheme. 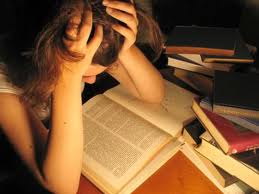 As parents and guardians face the strain of the start of another school year, Sinn Féin’s finance spokesperson said it is a must.

Deputy Doherty said “It is time that the government woke up to the reality of people’s lives and recognised the hardship that buying schoolbooks is causing.

“We are advocating state provision of books, to be loaned to students, returned at the end of the school year and passed on.

“Sinn Féin estimates that this could be achieved at a cost of €45 million in the first year, which would decrease after the initial period.”

The Donegal deputy said this is an anti-poverty measure contained in the Sinn Féin alternative budget for next year.

“The Sinn Féin budget will contain other proposals to lessen the burden of the cost of returning to school for families.

“A Barnardo’s survey in July 2012 found that the average cost of sending a 12-year-old child to secondary school was €770 and a six-year-old to senior infants €355.

“Minister Quinn knows these figures and it is time he took action on this annual hardship for families.”