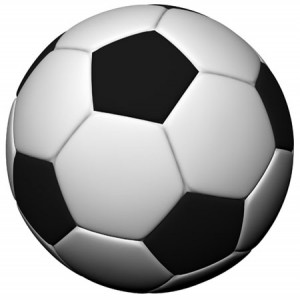 Cockhill Celtic and Drumkeen Utd remain on course for a winner takes all title showdown after both teams registered comfortable wins on Sunday over Letterkenny Rovers and Swilly Rovers respectively. Both teams were away from home but avoided any potential banana skins as they romped to easy wins over the two Rovers who are battling for 3rd place in the final standings. Both teams registered early goals to ensure they would not be under pressure late in the game and though both games were still delicately poised at half time and though the Letterkenny men registered an early second half score to put the Inishowen lads under some pressure, they both added to their goals for tallies in impressive second period performances that leaves just two points between the two sides with two games remaining including a mouth watering showdown at The Charlie O’Donnell Sports Grounds.

Cockhill Celtic travelled to Leckview Park on Sunday and collected all three points in a comprehensive 6-1 victory over Letterkenny Rovers.

Celtic took an early lead when Aidan O’Donnell fired past Quinn in the Rovers goals in the 10th minute. They increased their lead on 17 minutes when the powerful Garbhain Friel hammered home a low drive from just inside the 18 yard box. Gerry Gill and Friel came close to increasing their lead before half time, but the score stood at 2-0 going in at the interval.

To Rovers credit they started the second half well and made it 2-1 when Steve Okakpu scored from close range and Jonathan Minnock rattled the crossbar with a free kick., but their good start was to no avail as Cockhill won lead the Ulster Senior lead by 2 points added 4 more goals in the second half through a second from O’Donnell, two from Jimmy Bradley and Malachy McDermott.

Up next for the League leaders in a Cup Final against their title rivals Drumkeen United next Sunday afternoon in Bonagee.

An emphatic victory for the Drumkeen men in a very one-sided affair at Swilly Park. Goals from Conor Carlin, Chris McBride (2), Eunan Kelly (2), Seimi Nanny Friel, Ronan Coyle sealed the win for Drumkeen. Drumkeen led two-nil at the break and strolled to a very comfortable victory in the second half. Swilly were minus regular goalkeeper Gareth Wade, while Ronan Curtis and Jordan Toland were transferred to Derry City U19s during the week. They also have been ravaged by injuries in recent weeks, with several regulars out injured. However on this display, Drumkeen deserve to be title contenders and will fight Cockhill every inch of the way for the title. Despite Swilly being depleted, this was a very impressive display from Drumkeen. They even had a rich array of talent on the substitutes’ bench.

Letterkenny Rovers staged a dramatic second half comeback to earn a 4-4 draw with Derry City in a pulsating encounter at Leckview Park last Wednesday evening.

The home side trailed 4-1 with less than 20 minutes to go but a stirring late fight back – which included two goals from top marksman Darren McElwaine – ensured the home side a share of the spoils as the visitors were left stunned by their late collapse.

This was a match full of entertainment with some outstanding goals on view and the point earned at the conclusion may prove crucial for Trevor Scanlon’s men in their bid to secure a third place finish. The defending league champions looked well course to continue their recent run of form but the manner in which they threw away their winning position will upset team boss John Quigg.

The visitors led 2-0 at the break courtesy of a brace from Nathan Boyle. The lively winger opened the scoring as early as the sixth minute combining with Tony McNamee to steer his shot beyond Jason Quinn in the Rovers goal. Kevin McGrath drew an excellent save from Seamus Houghton midway through the first half before Boyle doubled Derry’s advantage with another clinical finish just before the half-time interval. Derry appeared to wrap up the contest ten minutes into the second half when substitute Conal Kelly headed home a Conor Harkin cross. However the home side showed renewed vigour in the second half and when Aaron Scanlon’s long range shot was diverted home by substitute Anthony Doherty it reduced the deficit to 3-1. Darren McElwaine produced an outstanding point blank save from Seamus Houghton and the visitors went straight up the other end to restore their three goal adavantage courtesy of another Kelly goal. But the Rovers revivial really took off in the final half an hour. Oisin McMenamin showed some wonderful individual skill to hold off the challenge of several defenders before steering a low drive beyound Houghton to make it 4-2.

The comeback really looked on the cards when substititute Kieran Gorman headed down for McElwaine who turned and shot inside the six yard box to make 4-3 with less than ten minutes remaining. And with Rovers pilling on the pressure they grabbed a dramatic equalsiser when Gorman again caused mayhem inside the Derry box before releasing McElwaine who thumped home a superb equaliser form an acute angle.

The USL Squad for the Inter Pros Tournament at the end of the month will hold another training session this Tuesday, September 12th in the Aura at 6:45pm. The Schedule of fixtures and venues for the weekend have been announced. They will open their campaign against Leinster on Friday night at Strand Celtic Community Park with an 8pm kick-off. On Saturday they will take on hosts Connacht at Forthill with a 1pm kick-off before taking on holders, Munster on Sunday morning again at Strand Celtic Community Park, kicking off at 10:30am.

The 1st round draw for the 2013/14 Umbro FAI Intermediate Cup was made in Dublin during the week. Two time winners Fanad Utd. will host bottom of the table Bonagee Utd. in the first round with all other USL teams receiving a bye into round 2. The tie will take place on Sunday, September 22nd. The 2nd Round is set for the weekend of October 27th.