MAN ON BURGLARY CHARGES ORDERED TO STAY AT BUNCRANA ADDRESS 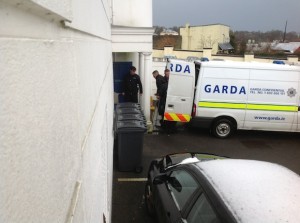 A MAN facing burglary and other charges has been sent for trial to the Donegal Circuit Criminal Court.

Jason Haughey, from Rosemount Letterkenny, had been remanded in custody earlier this year.

However it was revealed at Letterkenny District Court that he was later granted bail by the High Court in Dublin and is now living in Buncrana.

Mr Haughey was sent for trial on numerous alleged offences to the Donegal Circuit Criminal Court sitting in Letterkenny on October 29.

All the alleged offences took place in Letterkenny on dates between March last year and February this year.