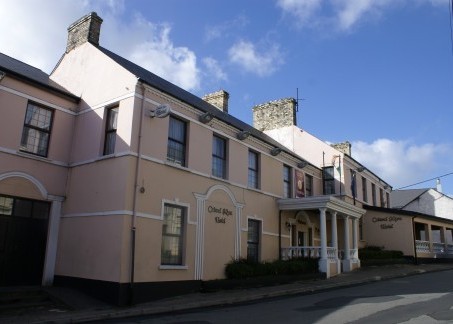 DONEGAL HOTEL TO BE AUCTIONED FOR €175K

A Donegal village hotel has been set a reserve price of  €175000 at an auction on October 15th.

The next Allsop Space auction in Dublin’s RDS will see Caiseal Mara Hotel at Foyle Street, Moville go under the hammer.

The semi-detached hotel will be sold with all contents included.

There are 48 ensuite bedrooms, two function rooms, a bar and restaurant in the hotel, as well as a lobby, kitchen and staff rooms.

The hotel has been closed since June last year, after it was taken into administration in 2010.