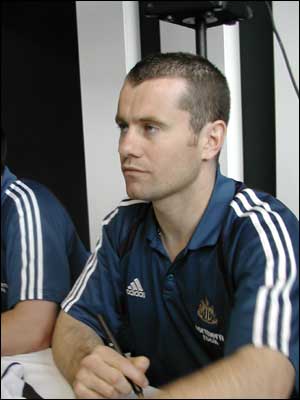 Former Republic of Ireland international goalkeeperShay Given, has been named as ambassador for a new youth mental health project in Donegal. 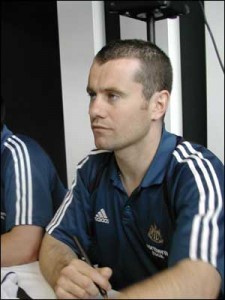 The Donegal Youth Council SPARKS Mental Health Roadshow has been developed “by young people for young people” in the county.

It kicks off on World Mental Health Day on October 10 and will travel to all the electoral areas with events planned for Letterkenny, Stranorlar, Gweedore, Buncrana and Donegal Town.

The roadshow will cater for some 1,000 young people across the county and aims to offer information and advice on how to manage stress during exam times and other difficult situations.

It will promote awareness through fun activities and will offer a range of inspirational speakers, workshops and other activities “with a few surprises along the way”.

The roadshow has been developed using the ‘Mental Health 5 A Day’ model, which is internationally now recognised as five key areas that can have a positive effect on health and wellbeing.

Jigsaw, the Donegal Youth Service, the HSE Health Promotion unit, Foroige and Mental Health Ireland are all involved and guest speakers from the wider community will each have conquered their own personal challenges in life. Mount Everest conqueror Jason Black and open sea swimmer Anne Marie Ward are among those lined up to take part.

The first event kicks off in Letterkenny at the Mount Errigal Hotel on October 10 before going to Stranorlar (Finn Valley Centre) on October 24, Gweedore (Ionad Naomh Padraig) on Novermber 7, Buncrana (Plaza) on November 21 and Donegal Town (Abbey Hotel ) on November 28.