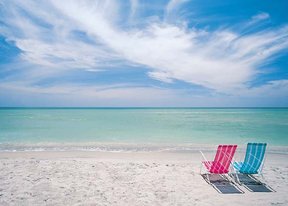 DONEGAL man Pat O’Regan and his wife Mary are celebrating tonight after scooping the big viewers’ prize on the Late Late Show.

The couple will be be jetting off with British Airways for a 2-week dream holiday taking in Florida and the Caribbean!

They will enjoy a 7-night stay at The Crowne Plaza Universal Orlando, where they will be treated to a balloon ride and lots more.

Then it’s off on a 7-night luxury cruise with Royal Caribbean taking in the Bahamas, St Thomas and St Maarten.

Host Tubridy called Pat with the good news and asked him how things were in lovely Donegal.

Chatty Pat the proceeded to tell show’s host how the weather was lovely in Donegal despite the odd shower.

Ryan laughed and told Pat he had the job with Met Eireann.

Pat informed Ryan that he had been watching the show, which included Donegal musical favourite Nathan Carter, with his wife Mary and the couple’s daughter.

Asked if he had someone to bring to America, Pat assured the RTE star that would not be a problem.