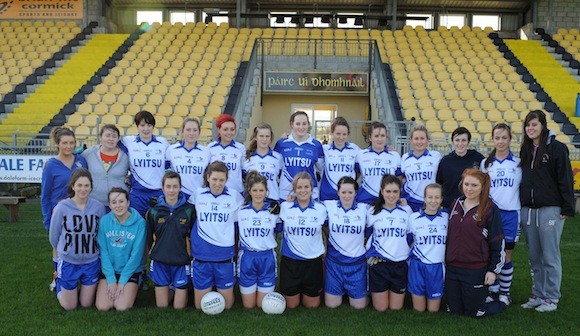 LADIES GAELIC FOOTBALL: LYIT GET OFF TO CRACKING START WITH WIN OVER UU COLERAINE

The LyIT GAA Ladies team pictured before Wednesday’s game against University of Ulster Coleraine in O’Donnell Park, where they were winners by a margin of 3-11 to 3-7.

In O’Donnell Park on Wednesday the LyIT Ladies delivered on a promise to themselves of a good start to this year’s campaign.

Wishing to impress new coach Eamon OBoyle, stalwarts like Aine Fagan and Sarah Faulkner were on top of their game in the face of a well-prepared University of Ulster Coleraine side. The locals got an early lead from the boot of Sarah Faulkner direct from the first 45 free kick of the day awarded by referee Joe O’Donnell, a point followed from Aine Higgins followed by another goal from the point scorer Higgins when she pounced on a defensive lapse by Coleraine.

Sure footed Aoife O’Byrne in the full back position ensured that the Letterkenny girls took best advantage of the breeze at their backs in the first half and through some good defensive play and distribution LyIT had a substantial lead at the interval.

The second half was a testing affair with the elements and the likes of Caela Farren, Brigetta Lynch and others, in the Coleraine team, finding a renewed vigour.

A comeback, of sorts, seemed on but for the determination of Cathy DeWard, Charmaine McDermott, and the scoring of Aine Higgins, the local team maintained their shape in a demanding encounter to bring home the points with a final score of 3-11 to 3-7 in favour of LyIT. 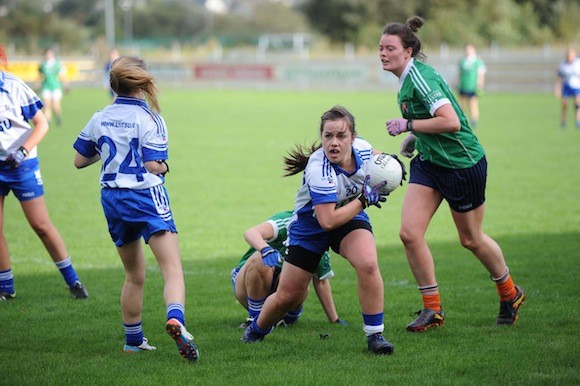 A spirited performance from LYIT GAA ladies team on Wednesday made sure of an important victory in the opening game of this season’s league, the Letterkenny girls won by 3-11 to 3-7. (photo by Paddy Gallagher). 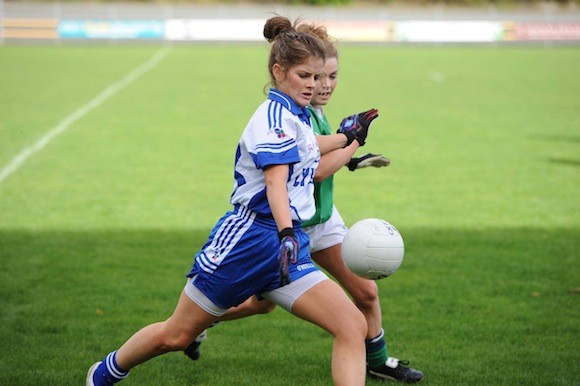 Aine Fagan in action for LyIT Ladies on Wednesday in o’Donnell park where the chalked up their first victory in the Division 4 clash with University of Ulster Coleraine, (photo by Paddy Gallagher).