FAMILY IN €1.25M MEDICAL NEGLIGENCE CASE URGE: ‘DON’T BE AFRAID TO TAKE ON THE SYSTEM’ 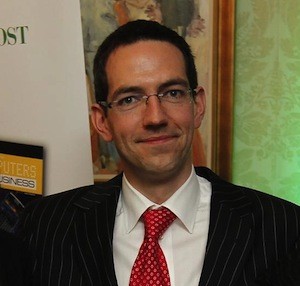 THE family of an 11-year-old Co Donegal girl who won a €1.25 interim settlement in an alleged medical negligence case has urged others: “Don’t be afraid to take on the system.”

Jessica McHugh, from Ardara, is quadriplegic and has to use a wheelchair.

Her mum Louise sued the National Maternity Hospital in Dublin on her daughter’s behalf for alleged negligence and breach of duty arising from personal injuries she suffered at the time of her birth on July 20,2002.

Yesterday the High Court awarded €1.25M for Jessica’s medical care over the next three years and the case will return to court at that stage.

Roger Murray, a specialist medical negligence lawyer with Callan Tansey solicitors, issued a statement to Donegal Daily on behalf of the McHugh family.

“The family feel vindicated by the outcome and are very pleased that the case is over,” said Mr Murray.

“The family wish to pay tribute to the fantastic support they have received over the years from family and friends. Jessica’s younger siblings Iona,Kayla and Calvin also deserve special mention for the love and fun they provide to Jessica day in and day out.”

Mr Murray added: “The family want the message to go out to other families who have unanswered questions about healthcare/treatment which they or their loved ones have received – they should not be afraid to seek advice and stand up for their right to straight answers.”

Ms McHugh was admitted to the labour ward of the hospital at around 9pm on July 19, 2002.

It was claimed there was a failure to properly or at all interpret a CTG trace and, at one stage, the CTG was stopped for 45 minutes and Ms McHugh was told to go for a walk.

It was further claimed there was later a failure to to make a decision on the basis of an abnormal CTG to deliver by caesarean section and a failure to have the baby delivered at the earliest possible opportunity.

Jessica, it was claimed, had to be resuscitated on birth and later had further seizures.

The hospital said the CTG trace was interpreted in a reasonable manner and a decision to stop CTG monitoring to allow the mother to mobilise was also reasonable.

The judge in the case said she would look at health care costs again in three years’ time.