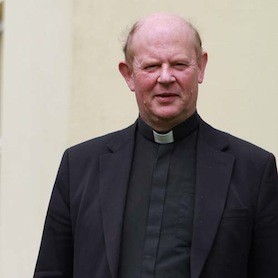 A Church of Ireland Minister has demanded the public flogging of the gang who terrorised tragic burglary victim Suzy Arthur.

Ms Arthur, 89, died in hospital on Thursday night, weeks after she was thrown to the ground during a raid on her Raphoe home.

Suzy suffered a broken hip and never managed to make it back home after being hospitalised.

Now Rev David Crookes, who will officiate at Suzy’s funeral tomorrow, has demanded the gang who carried out the attack are punished.

He told Donegal Daily: “Suzy was a complete lady and the people who did this are simply evil.

“They should be whipped and publicly flogged when they are caught.

“I have no hesitation in saying that because people simply cannot be allowed to get away with this.

“They are evil and they need to be made pay for what they did. Perhaps that will make them stop and think about doing something like this again.

“If I had my way these type of people would be jailed, woken at 6am, given a cold shower, fed cold porridge and made to do hard labour all day.”

Among those who will attend the funeral will be her devoted sister Isa, 91, who was with Suzy in their home at Feddyglass, Raphoe when they were attacked by a gang at 5pm on July 1st last.

The gang, who drove a northern-registered Ford Focus, called to the women’s home on the pretense of offering a painting service.

Instead the gang attacked the ladies and threw Suzy to the ground breaking her hip.

Isa was found in a distressed state wandering the road outside her home by a motorist coming home from work.

Rev Crookes said he will prefer to remember Ms Arthur for the full life she lived and not to dwell on the gang who “murdered her.”

“Make no mistake, whoever did this to Suzy murdered her.

“They came into her hoe and attacked her. If she had not been attacked by these cowards, she would still be enjoying her life with her sister Isa.

“I will not be wasting the spiritual time of the mass by wasting it on these cowards. Instead I will be remembering the wonderful person that Suzy was,” he said.