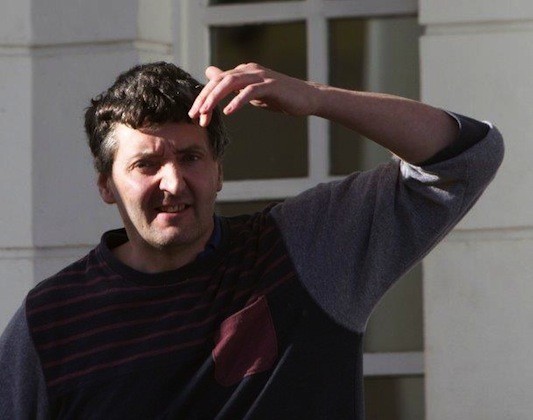 A Judge has ordered Gardai to break down the door of a house belonging to a dead Church of Ireland minister to get to the bottom of a land dispute.

John Doe, aka Daniel Greene appears at court in Letterkenny.

The house at Newtowncunningham was left to charity by the late Rev Samuel Reede, 86, when he died in 2010.


However when estate agents called to the house at Rooskey in February, they found the house was occupied and had ‘No Trespassing’ signs on the windows.

Since then a legal battle has taken place in a bid to get the man living in the house to come to court and explain himself.

The man, who was initially known as John Doe, was eventually brought before Letterkenny Circuit Court on July 19th.

The man gave his name as Daniel Green and told Judge John O’Hagan that he had deeds for the house and had paid a deposit for it.

The case was due to be heard last week when Judge Petria McConnell ordered Green to appear in court.

He failed to appear in court again today after Gardai went to the house.

Garda Evan Joyce told the court they waited outside knocking on windows and doors for up to an hour and a half.

He said there was “possibly” someone in the house but said he was not sure if he had reasonable grounds to use force to gain entry to the property and bring Green to court.

Judge McDonnell instructed barrister Fiona Crawford to deliver a summonse to Green telling him he is to appear in court tomorrow.

She also said she was now giving Gardai permission to “break down the door at 8.30am” if Green does not come voluntarily.

She told Gardai that was perhaps not something they would like doing but that “this is going to go on forever if we do not do something.”

Judge McDonnell also ordered Gardai to secure the house if Mr Green and his partner, known as Jane Doe, are not at the property.