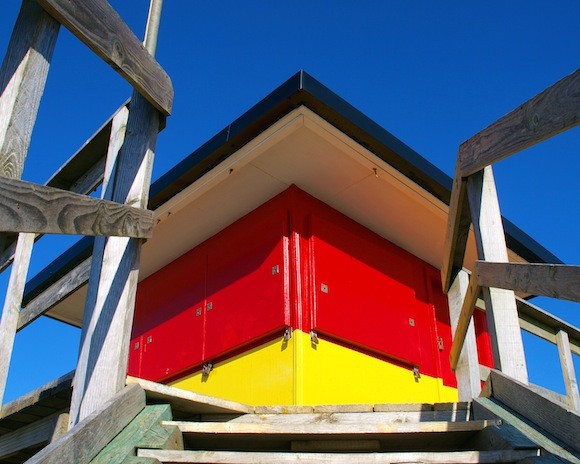 This photograph taken by Margaret Dolan of the Boyle Camera Club of the lifeguard tower in Rossnowlagh has emerged the overall winner of the first ever “Snap, Craic and Comp” photography weekend held in Bundoran.

The event was held in brilliant weather conditions across the weekend and culminated in a banquet and awards presentation at the Great Northern Hotel. Photographers from the local area and from visiting camera clubs took part in the competition which saw them compete in seven categories with a choice to enter as many or as few categories as they pleased.

Speaking about the success of the weekend, event director and Bundoran Tourism Officer Shane Smyth said: “We were blessed with amazing weather on Friday and Saturday creating ideal conditions for our photographers who turned in some amazing photographs for us to judge.

“I’d like to thank everyone who took part for making the effort and also to thank our sponsors Cara Pharmacy and hosts the Great Northern Hotel. A special thanks also to press photographer Conor McCabe of Conor McCabe Photography who gave up his time to help judge the entries along with Emer O’Shea from the Northwest Photographic Club.”

A Social media element was also added to the weekend which allowed Discover Bundoran followers on Instagram to separately take part in the competition too. Users had to tag a new or existing photograph of Bundoran with the hashtag #discoverbundoran to enter. A large number of entries were received with the prize sponsored by Madden’s Bridge Bar.