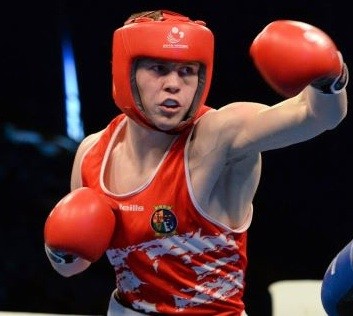 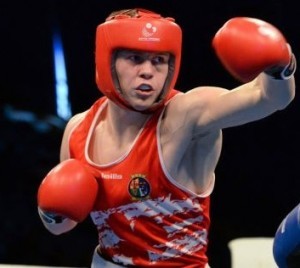 The Donegal boxer lost out to Zhanibek Alimkhanuly for the Middleweight World Title on his home turf in Kazaksthan in today’s final.

Ballybofey’s Jason tried his best in front of the partisan crowd.

But he can hold his head high after a stunning performance against a superb boxer.

Jason was knocked to the ground half way through the first round and had to take a standing 8-second count.

All three judges gave the first round to Alimkhanuly.

Jason came storming out for the second round catching the Kazak with a great right to the head.

Both fighters traded hard blows in a pulsating second round – and it continued into the third.

The judges however gave the fight to the home town boy.

Jason can hold his head high – he has done Donegal and Ireland proud today.

Back home a huge crowd gathered at the Finn Valley centre to watch the fight.

Everyone in Donegal is proud today of Jason.

And there will be a celebration for his homecoming tomorrow night.

SO CLOSE BUT HISTORY-MAKER JASON DOES US PROUD WITH WORLD SILVER MEDAL was last modified: October 26th, 2013 by John2
FacebookTweetLinkedInPrint
Tags:
boxingJason Quigley