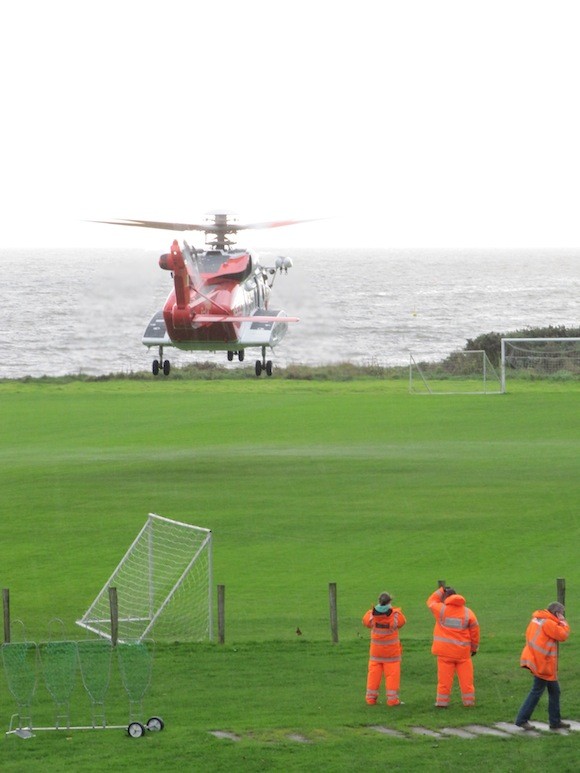 A WOMAN has been airlifted to hospital after falling this afternoon.

The incident happened on the foreshore near Moville.

She was stretchered to Moville football pitch where she was taken by Coast Guard helicopter to hospital.

The woman had fallen and may have suffered a broken leg.