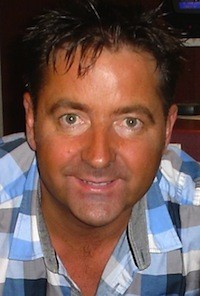 HIGHLAND RADIO THREATEN TO SUE RIVAL IN BATTLE FOR AIRWAVES

Both Highland and proposed station DLFM are competing for the license which is expected to be announced in the coming weeks.

Both recently submitted lengthy applications to the Broadcasting Authority of Ireland which published the submissions this afternoon.

However within hours of the submissions appearing on the BAI’s website, Highland owner Gerry Rabbitt was threatening legal action against DLFM.

The threat is the latest claim as both sides battle it out to broadcast across North Donegal’s airwaves from 2014.

Mr Rabbitt claims there are inaccuracies on the DLFM application which are “very serious.”

He said “It has come to our attention that very serious inaccuracies of a defamatory nature may be contained in the submission application of DL Commercial Radio.

“Highland Radio are currently seeking legal advice on this matter and therefore would strenuously advise that any inaccurate details contained in this application should not be republished.”

It is unclear as to what these alleged claims by DLFM are.

When contacted by Donegal Daily, a spokesman for DLFM refused to comment on the matter.