MAN TO BE SENTENCED TO TWO SEXUAL ASSAULT CHARGES

A man has pleaded to two counts of sexual assault against a female in Portsalon on two separate dates. 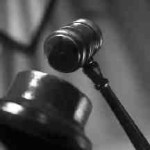 The man, who cannot be named, appeared at Letterkenny Circuit Court yesterday.

He spoke only to plead guilty to the charges.

The case was adjourned to a later date for sentencing.