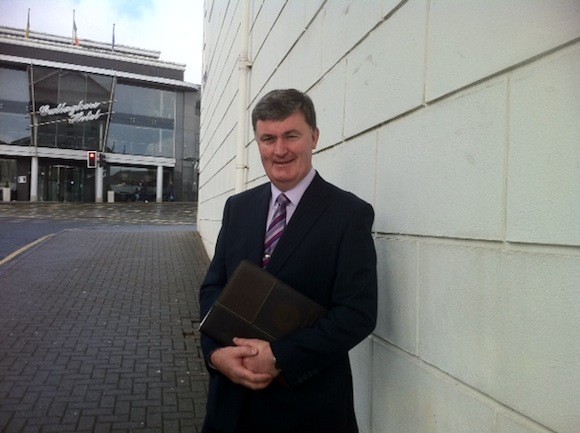 The tributes were made at Letterkenny Circuit Court today at the invitation of Judge John O’Hagan.

Mr O’Brien, a native of Collooney in Co Sligo, served in Co Donegal for 32 years.

Judge O’Hagan said he wanted to thank Mr O’Brien for the support he gave him over the years since he came to Donegal.

He said he served as a Garda Superintendent when things were very difficult in Donegal for the force.

“He saw that through with a lot of his colleagues when a lot of fingers being pointed at the force and he maintained the general respect that the general population in Donegal have for the force,” he said.

He also said it was a difficult time for Gardai because of the deaths of two of his colleagues, Garda Robbie McCallion and Garda Gary McLoughlin.

“On a personal note I want to thank him for the support he showed to me. I was like a fish out of water as I spent most of my career on the east coast.

“He looked after me and I knew if I needed anything I could pick up the phone and call Vincent,” he said.

Mr O’Brien thanked everyone for their kind words and said he particularly enjoyed his times prosecuting in the district courts.

He thanked his colleagues on the force, in the legal profession, the courts service and the media.