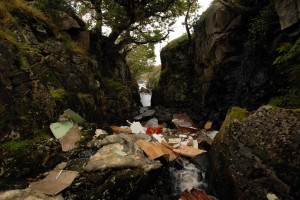 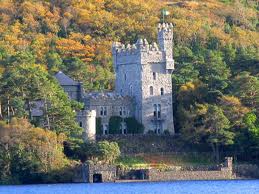 The Irish Wildlife Trust has written to management of Glenveagh National Park expressing its concern that large areas of sensitive habitat are being destroyed illegally and for commercial purposes.

The Park, which is one of only six in Ireland and is home to rare species such as the Golden Eagle, Red Grouse and Red Deer is of immense biodiversity, landscape and economic value.

The IWT surveyed four areas in October of this year where machines were being used to extract large volumes of turf on a commercial scale.

There is also extensive illegal dumping of tyres and household debris within the boundary of the Park. New drains have been created, designed to dry out the blanket bog habitat to facilitate turf extraction.

Blanket bog is a priority habitat under the EU Habitats Directive and the affected areas lie not only in the National Park but within zones designated as Special Area of Conservation and Special Protection Area. The IWT believes that this is occurring without any regulation or controls but has asked the NPWS to clarify this. To-date we have received no response. In addition, blanket bog habitats lie outside the scope of the much discussed Management and Restoration Plan being discussed by the Peatlands Council (dedicated to midland raised bogs only).

Pádraic Fogarty, Campaigns Officer for the IWT, told DONEGAL DAILY:  “If Glenveagh National Park is allowed to be destroyed in this way then none of our protected sites for nature is safe.

“It has to be asked why NPWS management, based just a short distance away, is allowing this to go on. It is appalling that so little value is placed on a national treasure that is of such value to CountyDonegal from an economic, heritage and recreational point of view.”

The lands that now make up Glenveagh National Park were handed down to the Irish State by the Irish American philanthropist Mr Henry McIhenny of Philadelphia. That the State would allow wanton vandalism of this area of outstanding natural beauty is a betrayal of his generosity and the legacy of his family. 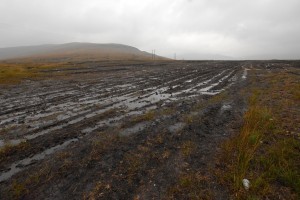