TRAFFIC DISRUPTION AFTER ACCIDENT IN LETTERKENNY 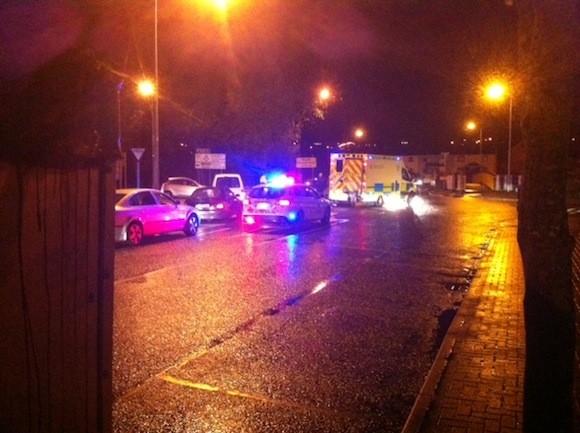 The scene of the accident in Letterkenny this evening.

There are major traffic delays in Letterkenny following a traffic accident this evening.

The accident, which took place at the roundabout at Oldtown Bridge close to the Old Dunnes Stores, happened just after 6pm.

Two cars were involved in the incident.

Gardai and an ambulance are at the scene but it is not known if anyone is seriously hurt.