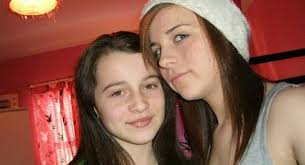 Tragic mum Lorraine Gallagher is backing plans which could see cyber bullies sent to prison for up to three years.

The Dail is set to debate legislation which is being adopted in New Zealand which will make cyber-bullying a new offence of ‘incitement to commit suicide.’

Lorraine (37) whose daughters Erin, 13, and Shannon, 15, took their own lives, says something drastic is now needed to stop the epidemic of online hatred.

“It has got to the stage where a strong message needs to be sent out to cyber bullies that they can no longer do this.

“We don’t know how many young people have given up on their lives because of being tortured online.

“If young people think there is a chance that they could end up behind bars then I think that threat may stop some of them from doing it.

“The message needs to go out that if you abuse other people online then you are leaving yourself open to the full power of the law,” she said.

Lorraine, from Ballybofey in Co Donegal, recently marked the first anniversary of her youngest daughter Erin who took her life on October 27th last year.

Erin had complained that she was being bullied online and a full investigation has been launched into those complaints.

Just six weeks later in November last year, Lorraine’s only other daughter Shannon also took her life because she could not cope with Erin’s loss.

Lorraine, who gave birth to a baby son Lennon in May, said she must continue her life for her two sons.

“When Erin and then Shannon died I honestly didn’t know how I could go on.

“But I have had to find the strength to go on for Sean James and Lennon.

“The girls just doted on Sean James and I know they would have been the same with Lennon.

“It’s difficult at the moment when we are remembering the girls’ first anniversary and all they did.