DONEGAL YOUTH SERVICE – A REAL CAUSE FOR CELEBRATION! 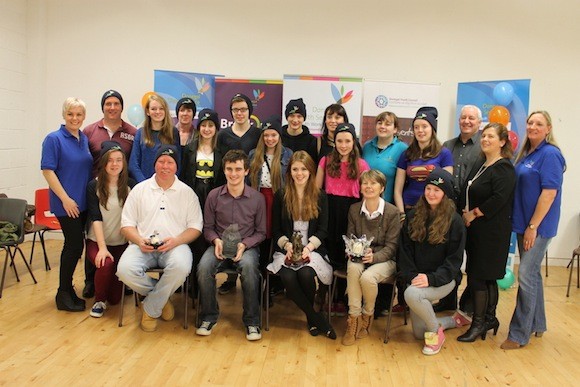 The event coincided with the Social Inclusion Week hosted by Donegal County Council, an opportunity to highlight the diversity of work which takes place within Donegal Youth Service projects and youth clubs throughout the county.

Mayor of Donegal County Council, Councillor Ian Mc Garvey was the special guest on the evening and gave an opening address which commended the young people on their work, reflecting upon the importance of participation and volunteerism within communities, urging the young people of Donegal to become “the designers of their future”.

The first award presented on the evening was the Youth Initiative Award, an award which recognises the projects developed by young people within Donegal Youth Service. The nominees in this category included Donegal Youth Council for their Music For Life event, Club Oige Chriost Ri for their Community Event, with Letterkenny YIC Youth Media Group picking up the award for their mental fitness photography and media campaign. 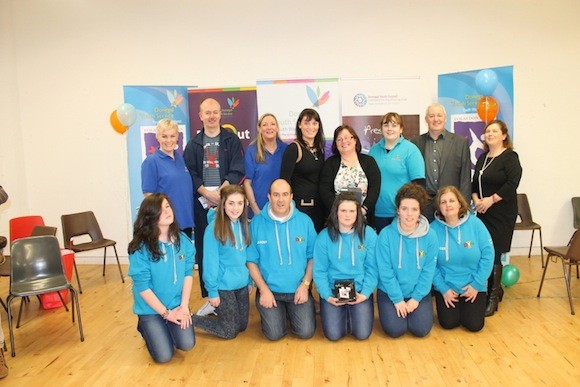 The Youth Project Volunteer of the Year is a new award which has been introduced this year. The title of winner was awarded to Niall Mc Donagh, volunteer with the LOFT Letterkenny, himself a past participant of the project. Lorraine Thompson, Regional Director of Donegal Youth Service congratulated Niall his fellow nominees; Michael Brady, Daybreak, Richard McGuigan, Daybreak, Marie Rochford, LOFT. 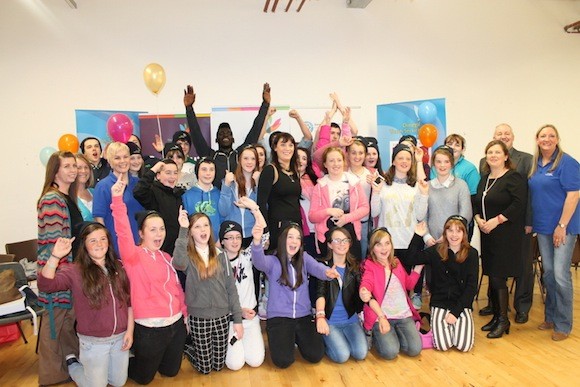 This year, Donegal Youth Service initiated a Special Recognition Award reserved for those who go above and beyond the call of duty for the organisation. The inaugural recipients of this award are Ana and Sara, the two volunteer’s currently taking part in the European Volunteer Service programme. This is the sixth year that DYS has been involved in accepting and supporting volunteers from across Europe under this programme. Since their arrival, Ana and Sara have brought a dynamic energy to their placement. Their expertise in multimedia and design has strengthened the DYS brand and been put to great use in the development of media based projects within the organisation. They frequently go above and beyond the call of duty and all at DYS will be sad to see their placement come to an end shortly.

The Board of Directors of DYS gave a token of appreciation was represented to the young people who represented their club and Donegal Youth Service at the Youth Work Ireland All-Ireland finals in Youth Games and Youth Factor in Limerick. Donegal was well represented at the finals with An Croi YC, Castlefinn YC, Club Oige Criost Ri, Fanad YC, Malin Head YC and Milford YC all making the journey to represent their county.

Following this year’s Youth Sport and Youth Factor National Finals, Youth Work Ireland decided to award the “Fair Play” award to the club who demonstrated sportsmanship and positive attitudes to all things youth work during the All Ireland Games and Youth Factor. This award is presented to just one club nationally and Donegal Youth Service were delighted to be in a position to present the prize to Malin Head Youth Club for their commitment to showing support for their fellow Donegal Youth Clubs at the All Ireland event in June. 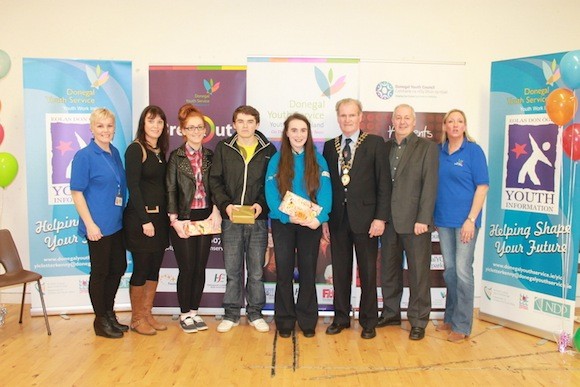 The final presentation of the evening was the DYS Youth Club of the Year award. This award is presented to the club which participates in the most DYS activities, events and training. Runners up for 2012/13 year were Club Oige Criost Ri with joint winners Planet Youth and Malin Head Youth Club.

The presentations were followed by performances by the Nameless from An Croi Youth Club followed by a group of drummers from Castlefinn Youth Club. Both groups represented their clubs and Donegal at the All-Ireland Youth Factor Competition where Castlefinn were winners in their category and overall winners of the Youth Factor Award. The night concluded with a global cabaret performance by the World Voices Group. This group of young people aged 12 to 21 have come together through Donegal Youth Service and reflect the multi-cultural make-up of contemporary Donegal. Its twenty members come from all parts of the globe including Ireland, Nigeria, Poland, Ghana, Brazil, Sudan and the Democratic Republic of the Congo. In recent months, the group have been taking part in the Regional Culture Centre’s on-going Songfest initiative, a Peace III funded project exploring traditional song in Ireland and the United Kingdom combined with the song traditions of the main new immigrant communities in Donegal, hailing from Europe, Africa and South America. The World Voices Group’s presentation mixed traditional Irish singing, spoken word in Arabic and English, Azonto Dancing, African Drumming, vocal ensembles, rap and closed the evening to rapturous applause following their performance of ‘Waving Flags’.

In closing the evening, the Chairperson of Donegal Youth Service, Tracey Peoples, commended the work of all the young people involved in the evening. She noted that despite difficult times for the county, there is great vibrancy and dedication among the young people and volunteers and commented that “this is why we do this work”. 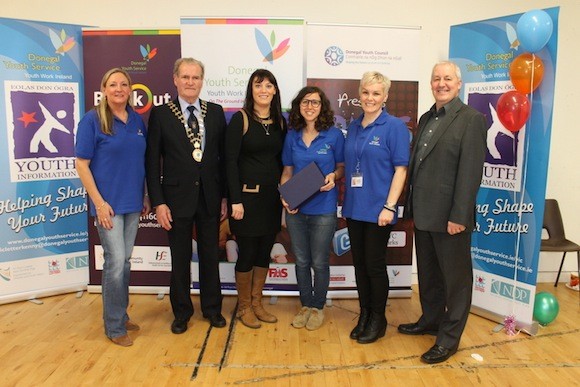 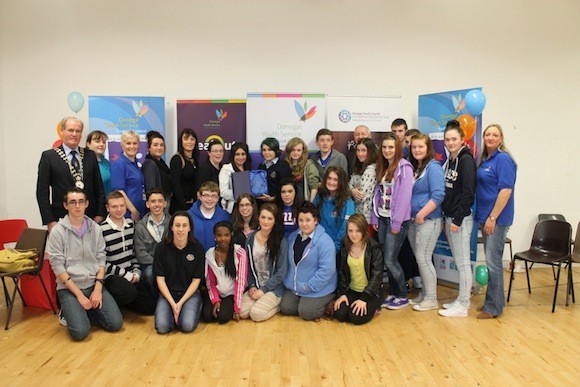