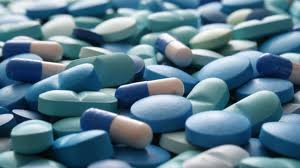 A JOURNALIST was one of the main drugs pushers in Letterkenny until she was caught in an undercover Garda sting, a court has heard.

Lisa Harnett, whose address was given as James Larkin Court in the town, was caught with a cocktail of drugs.

Drugs squad officer Garda Paul Harte said he and his team launched a major investigation in the middle of 2011 based upon surveillance and intelligence work.

“She was heavily involved in the sale and supply of drugs in Letterkenny,” said the Garda.

On July 22, 2011, as a result of the inquiries, Gardai stopped a car and searched Harnett and carried a follow-up search at a house in Rowan Park in the town.

Two bags of amphatimine were hidden under the passenger seat and were later found to be worth €309.

The searches also yielded cocaine worth €145 and cannabis worth €97.

Garda Harte said a ‘tick list’ with customer orders was also found and that mobile phone had messages relating to the illegal drugs business.

“It also had messages which showed she believed she was under surveillance,” said the Garda.

“She was cooperative and hasn’t come to our attention since. She didn’t show any signs of wealth and it appears she spent the money on herself,” he added.

It was her first offence, the court heard.