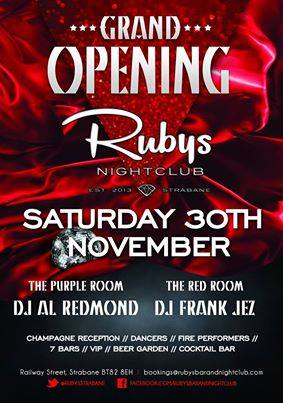 MORE than 60 new jobs are on their way to the North West.

An announcement is expected in the next 48 hours that the new owners of a nightclub in Strabane are creating the positions.

Rubys Club is on the site of the old Katy Daly’s club in the town.

However the owners have spent an astonishing €1.5M on the new premises which is expected to draw large crowds from Tyrone, Derry and here in Donegal.

The club is being run by the same team who successfully run the Time Bar & Venue in Cookstown.

It’s understood there are plans to run buses to Rubys from all over Donegal.