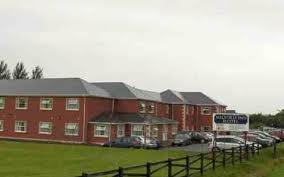 The Milford Inn is to reopen for business next week in time for the Christmas season.

The Milford Inn is to reopen.

The famous hotel, which was shut down a year and a half ago, will be managed by Neal Blaney family under a lease-back deal that was finally agreed in recent days after lengthy negotiations.

And in the first big vote of confidence in the reopening the Milford GAA Club has already booked their annual dinner dance at the hotel on December 29th.

The decision to reopen the Inn is being seen locally as a positive sign of brighter days ahead for Milford where far too many young people have been left without jobs.

The Milford Inn is also seen as a very important component in the commercial life of Milford where a large numbers of the workforce were employed.

The hotel has been closed since April last year when it was put into voluntary liquidation due to difficult trading conditions.

The Tirconail Tribune reports that arrangement to reopen the hotel has been brokered between the liquidator and the representatives of the Blaney family and will operate as The Milford Inn Ltd.

In the coming days a full Christmas programme will be put in place and party nights and the list of seasonal events will be published next week.

The premises has been bought from the liquidator by a group of investors – however they will not hold any management profile in the company.

The deal agreed between liquidator Tom O’Brien of Mazars, Dublin and Farren and Roarty Accountants will see the Blaney family lease-back the premises from the investment company and they will hope that the goodwill built up over forty years will return to support the new venture into the future.

We understand the Blaney family has also secured the right to buy-back the Milford Inn at a future date, but Neal Blaney would only say that they were delighted to be back in business in Milford where the Inn has always been the flagship in their customer base.

Confirming that the premises will be run under the Milford Inn brand name, Mr. Blaney told the Tribune he is delighted to see a bit of good news for the area where much needed work jobs be created once again.

When the Milford Inn went into liquidation it was reported that over fifty full time jobs had been lost.

Confirming the reopening of the Milford Inn Hotel Neal Blaney said that Seamus Farren had been successful in convincing financiers from outside of Donegal to invest in Milford.

Mr. Blaney said this had been a major achievement at a time when dozens of similar opportunities were available elsewhere.

The hotel was later put on the market for sale by Dublin auctioneers, Morrissey’s on behalf of the Liquidator, Mr. Tom O’Brien of Mazars with a price tag of €800,000 and it is believed a number of interested parties made enquiries.

There was widespread astonishment on the morning of April 5th last year when the owners of the Milford Inn Hotel posted a notice on Facebook saying they wished to confirm that the Hotel has gone into liquidation due to financial difficulties and the business was to remain closed until these issues are resolved.

For some time before it closed down the hotel had operated under the Best Western Brand and its closure caused widespread shock. The management moved quickly to redirect their substantial wedding portfolio to other family run hotels at the Silver Tassie and Water’s Edge.

The premises is to be reopened on a phased basis, The initial phase will see up to twenty jobs created as the bar and dining rooms come back return.

Neal Blaney said that he was optimistic despite the downturn and he hoped that the volume of business generated by a loyal customer base would still be there. He also believes that the reopening of the Milford Inn is very important for Milford and Ramelton where much of its staff have an historical affinity.

Since its establishment in 1971 the Milford Inn has been a landmark venue in the Fanad and Rossguill areas and it was founded by the late Neil T. Blaney as a basic roadhouse and small restaurant. It soon became renowned for the famed Blaney hospitality, food, drink and welcome.

Now some 42 years later, the new generation of the Blaney’s hope that that record will once again play a prominent role in the commercial life of the Milford area.