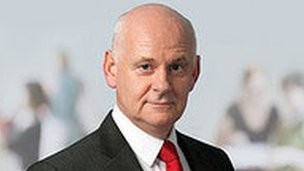 The politician is in intensive care today after undergoing surgery in Dublin after being found unconscious in the city around 3am on Saturday.

He had severe injuries.

Gardaí have studied CCTV in the area around Newmarket Square where the Labour politician was found. Jimmy stays nearby when he is in Dublin and Gardaí believe he was was on his way there.

They believe he was hurt in a tragic fall, perhaps hurting himself after taking ill.

An avid sports fan, and keen follower of Ireland, he had earlier watched Martin O’Neill’s side beat Latvia at the Aviva Stadium.

The Senator has had health issues in the past but has always fought back, running marathons and raising money for good causes in the process.

A Labour Party spokesman said his family are at his side at the Beaumont Hospital in Dublin.

The good wishes of many people in Donegal and throughout Ireland to the politician and his family have been posted on social media.

Aodhán Ó Ríordáin TD said: “I’m in shock. My thoughts and prayers are with Jimmy and his family.”

Labour Party leader and Tanaiste Eamonn Gilmore has spoken with family members to offer his support.

Padraig MacLochlainn TD said the thoughts of everyone in politics and in Donegal are with Jimmy and his family.