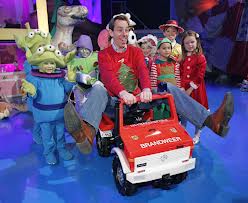 A young  jazz student from Letterkenny is to showcase his saxophone improvisation talents next Friday, 29th November, in a much-coveted slot on RTÉ’s Late Late Toy Show.

Ten year old Donegal Music Education Partnership student Eoin Bond, or Bob, as he prefers to be known on stage, has been chosen as one of the lucky performers for this year’s Late Late Toy Show on November 29th, out of thousands of applicants to RTÉ.

Eoin has been playing saxophone since age 7, and under the tutelage of DMEP saxophone tutor and jazz musician Sean McCarron, has developed a flair for jazz improvisation and live performance.

Demand for audience tickets for the Late Late Toy Show are at an all-time high this year, with RTÉ reporting over 40,000 requests for tickets.

Bob will be performing next Friday night in front of a keen audience of 200, as well as the RTÉ camera and sound crew, and of course host Ryan Tubridy.

We wish you all the best, Bob!