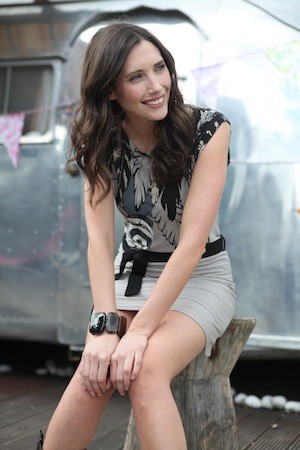 DONEGAL WOMAN UNVEILED AS THE NEW FACE OF TV3

MIchelle Doherty is the new face of TV3

A Co Donegal woman has been unveiled as the new face of TV3’s hugely popular Xpose entertainment show.

Michelle Doherty, from Glengad outside Malin Town, will take over from Aisling O’Loughlin who is on maternity leave.

The Inishowen woman is no stranger to television, however.

IFTA nominated Michelle has hosted popular music television shows such as When Under Ether on RTE 2 and Night Shift on Channel 6.

Her passion for music and presenting led to her presenting work for Arthur’s Day, Finest Work Songs on Phantom FM and more recently, the weekday breakfast show, Pure Morning on Phantom FM.

Speaking about her new role, Michelle said: “I am absolutely delighted to be a part of the team. I’ve been a huge fan of the show for years and I’m looking forward to working alongside the girls. I have always had a big love of fashion and I can’t wait for the new challenges that lie ahead.”

Michelle has since expanded her horizons and pursued her passion for acting, she recently played the part of ‘Liv’ in Lenny Abrahamson’s critically acclaimed, award winning film What Richard Did and has just finished filming independent Irish film The Hit Producer where she played the lead role, ‘Katelin Ballantine’. Michelle will join Karen Koster, Glenda Gilson and Lisa Cannon from this Monday 25th November.

Commenting on the appointment of Michelle, TV3 Group Head of Daytime Victoria O’Brien said: “Michelle is a great addition to the Xposé team. Her experience, her attitude and her personality will be a huge asset to Xposé. Her audition blew us out of the water and there is no question that Michelle is the one for Xposé. I know our viewers will warm to her to very quickly as she brings her own style and character to the team.”